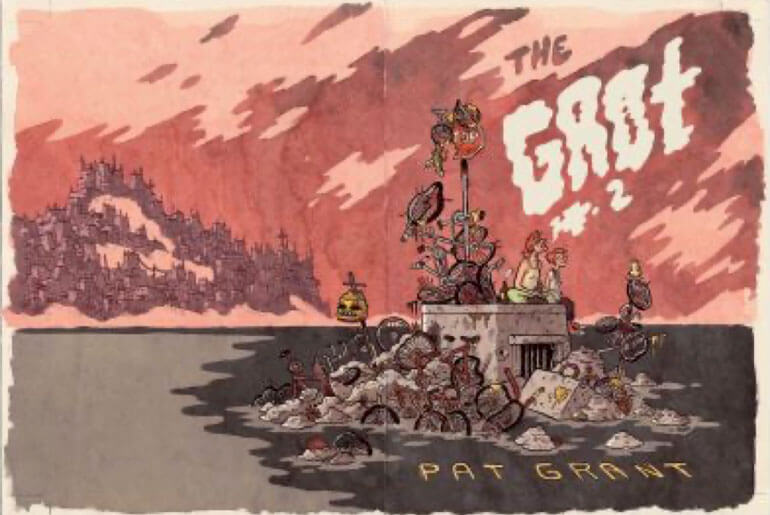 “The Grot”, A Telltale of Con Artists during Pandemic and Ecological Disaster by Pat Grant

Right after the success of the graphic novel “Blue” in 2012, Australian graphic novelist Pat Grant is going to come back with his upcoming book titled “The Grot”. Pat Grant’s works have appeared in a few Australian magazines like Artlink, Australia’s Surfing Life, and Tracks.  “The Grot” was supposed to come out this May 2020; however, due to the pandemic, the book will not be officially released until August 2020. Grant’s upcoming project is all about economic inequality, ecological disaster, plague, the desperation of the con artists who tried to take advantage of people during challenging times. The two characters are Lippy and Penn; they tried to make their fortune in Falter City amid chaos and disaster that was happening there. Both of the main characters thought that they could make a profit from the plague that is happening in the city by selling medicinal yogurt.

“I had all this plan to do a virtual book launch, but the book says it is stuck in freight, for the book is not going to be here until August. So I’m just going to wait for the book and make a plan,” he said.  He’s been putting out the prologue of the comic online, and right now, people can order the book from the website, “The Grot is also a collaboration with Australian artist Fionn McCabe.

Blue vs The Grot

His prior graphic novel which was also his debut project, “Blue” got a warm reception from readers, and critics alike. His outtake of current social issues paired with his cartoon style has earned him some praises from publications like Comicsalliance.com and World Literature Today. Both stories, “Blue” and “The Grot,” had a science-fiction and dystopian genre, which Pat Grant said that he was very fascinated with the dystopian science-fiction storyline as he wanted to connect with young adults. Although “The Grot” had a different plot from “Blue”, the story was also inspired by the social life of the society. “I’m trying to get in touch with young adults; when I was young, I loved dystopian science-fiction,” Grant said.

Although Grant’s novel was mostly inspired by fiction, some parts of the story were also written based on real-life experience, for example, his last book “Blue” centered on the racism issue in Australia. Readers could spot the racial insults that were used in the book from lines like “Look at em, sitting out here on the street sucking down noodles…and when they’re done they leave without picking up their rubbish … the place is a dump” and “We grew here you flew here.”  The line depicts the tension between Australian predominant citizens with the immigrants that mostly come from Asia.

We could see that racisms against Asian community increased during the COVID-19 pandemic, and it’s been hard for international students or people with minority decent living abroad at the moment. Back in 2017, in an interview with Right Now, Grant emphasized that racism is a part of everybody’s culture. “I think racism is a problem in all cultures, and coastal communities in Australia are no exception. What is interesting about the coast is that coastal people, especially surfers, are suspicious of outsiders and very good at defending their turf. Which means that little games of exclusion and belonging are more overt,” he said.

Moreover, in the recent interview, Grant explained that he was actually interested in why people are actually becoming racist. “I know people from my community that showed racist behavior; I’m interested in what’s made them become that,” the cartoonist said. It is somehow similar to the current situation of the COVID-19 pandemic that was portrayed on “The Grot”, but Grant expressed that the story was all purely coincidence, and the book was written seven years ago. “That was purely accidental. And the pandemic idea was coming from my interest in history. I think part of the green future was something related to plague,” he said. So, be sure to check out Pat Grant’s upcoming book though his social media and his website. 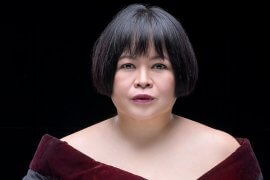 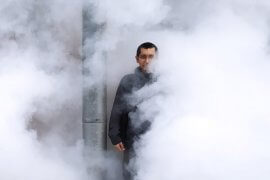